Palo Alto, CA/ SEAPRWire / June03, 2021 / – Bitcoin Latinum, the next-generation insured Bitcoin fork capable of massive transaction volume, digital asset management, cyber security, and capacity is announcing a groundbreaking green initiative to achieve a carbon net-zero footprint, as a commitment to sustainable environmental practices and support of the Crypto Climate Accord. This will be achieved through a Consensus protocol system for settling transactions. Bitcoin Latinum is also announcing its hard-fork and public trading availability for Q3 2021. 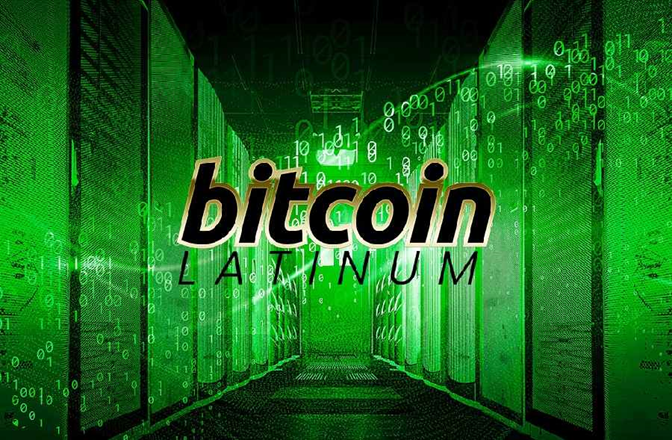 Bitcoin Latinum is an enhanced Bitcoin fork. The Bitcoin Latinum algorithm and infrastructure break barriers and speed limits that have prevented some virtual currencies from achieving practical, real-time use. Bitcoin Latinum – to trade under LTNM – will be mining-free, with a fixed supply of 888,888,888 pre-mined tokens. Legacy tokens, including Bitcoin and Ethereum, rely on a proof-of-work system to confirm transactions generated through mining, which has proven to be detrimental to the environment given the massive electricity demands have increased the consumption of fossil fuels such as coal.

Announced to the world in November 2020, Bitcoin Latinum is aiming to hard-fork and become publicly available for trading in Q3 2021 on major exchanges across the globe, including the Americas, Europe, and Asia.

PricewaterhouseCoopers (PwC) recently released its 3rd Annual Global Crypto Hedge Fund Report 2021, as reported by bitcoinmagazine.com. The report showed that “cryptocurrency hedge funds remain incredibly bullish on bitcoin.” And the “median predicted price for bitcoin by the end of 2021 was $100,000… with 21% of cryptocurrency hedge funds predicted that the year-end price would be between $100,000 and $150,000.”

Slated to become the world’s largest insured digital asset, Bitcoin Latinum has appointed Marsh & McLennan, one of the world’s leading specialty insurance brokers and risk advisers, to arrange a comprehensive insurance program for the new cryptocurrency through their Asia division, Marsh Asia. The contemplated insurance coverage will protect Bitcoin Latinum holders in case of external theft and internal collusion, potentially up to the full value of their holdings.

Bitcoin Latinum sold out its initial pre-sale with over nine figures committed from buyers across the globe in November 2020. In Q1 2021, Bitcoin Latinum launched an international giveaway of a new Tesla Roadster, to massive interest and submissions. The winner of the giveaway will be announced after the public listing of LTNM.

The Bitcoin Latinum tokens are a part of a blockchain ecosystem being adopted by numerous companies in media, gaming, storage, cloud, and telecommunications. Bitcoin Latinum tokens will be interchangeably used on each of these partner/supplier networks by consumers. In addition, Bitcoin Latinum adds security around inflight transactions and enhanced consensus node protection based on memory scanning technology.

As reported by Yahoo Finance: “Bitcoin is now considered an investable asset. It has its own idiosyncratic risk, partly because it’s still relatively new and going through an adoption phase,” stated Mathew McDermott, Goldman Sachs’ global head of digital assets. McDermott added: “But clients and beyond are largely treating it as a new asset class, which is notable—it’s not often that we get to witness the emergence of a new asset class.”

Monsoon Blockchain Corporation, Asia’s premier blockchain company, was selected by Bitcoin Latinum as its foundation partner. Monsoon is focused on innovative cloud solutions in the blockchain ecosystem. Dr. Donald Basile, Monsoon’s CEO and founder, is the former CEO of Fusion IO, a company known for playing a major role in implementing the cloud systems at Apple and Facebook as well as partnerships with HP, IBM, and Dell.

Monsoon Blockchain Corporation leverages the latest blockchain technology to develop powerful business solutions that allow the successful digitization of and listing of assets across a variety of industries, including financial services, telecommunications, and media and entertainment. As well as building software for clients, Monsoon consults businesses on how blockchain can be utilized, and devises tokenization strategies on their behalf. Monsoon has worked with a number of enterprise IT giants and governments.

FOR EDUCATIONAL AND INFORMATION PURPOSES ONLY; NOT INVESTMENT ADVICE. Any Bitcoin Latinum offered is for educational and informational purposes only and should NOT be construed as a securities-related offer or solicitation or be relied upon as personalized investment advice. Bitcoin Latinum strongly recommends you consult a licensed or registered professional before making any investment decision. Only individuals in countries that permit such giveaways are eligible to participate.

The article is provided by a third-party content provider. SEAPRWire ( www.seaprwire.com ) makes no warranties or representations in connection therewith. Any questions, please contact cs/at/SEAPRWire.com